Le Pommier meaning ‘The Apple Tree’ in French was an apple orchard once; it was a part of the 300-year-old Zorgvliet farm before. Today you will still find a couple of these apple trees – scattered on Le Pommier. In 1692 Casper Wilders, Austrian mercenary soldier serving in the Dutch East India company was granted the Zorgvliet farm. This is where the story started for Le Pommier. 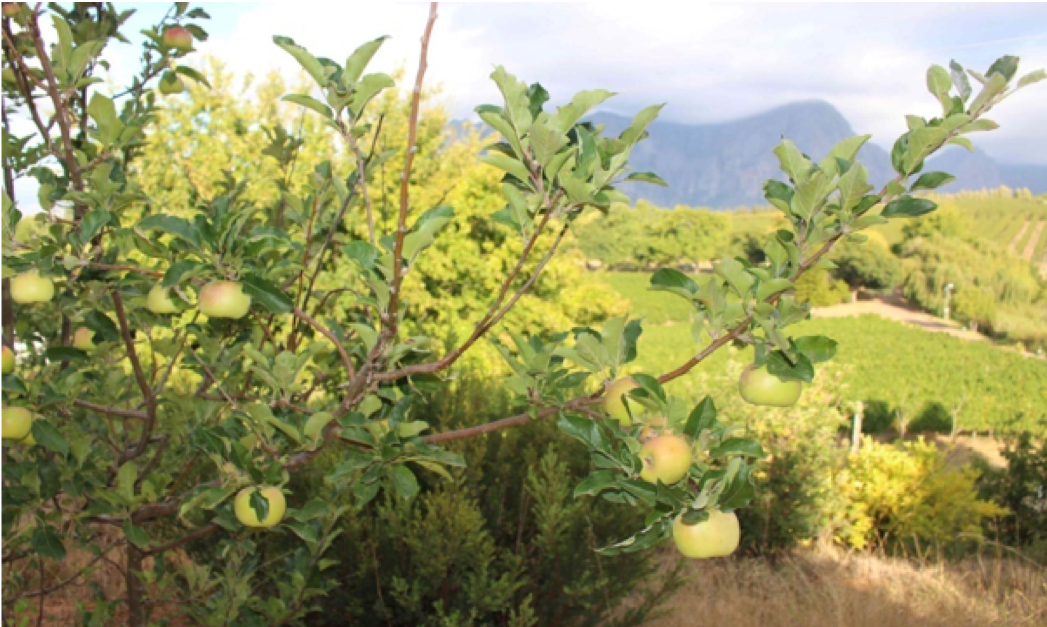 The history of Le Pommier includes a lengthy list of owners since the 1600’s. The restaurant was an animal shed in 1916 a type of storeroom for animal food and a chicken run. The guesthouse, now Le Pommier Country Rooms was the original farm homestead and the first business here was a coffee shop known as “Die Banhoek Kombuis”.

In 1986 André Grobler, the owner of Le Pommier and Glen Arum, built accommodation for the workers who worked on the farm from time to time, next to the dam, the current Le Pommier Suites.

Le Pommier’s family self-catering unit was home to about six families; it was known as the “drie deur huis”. The building was originally on the farm when André bought it from Dr Piet le Grange. While under the ownership of Dr Piet Le Grange it was a pig farm and known as Yew Tree.

Peter Rhymer was the owner from 1996 to 2002 when Mac van der Merwe bought Zorgvliet, Le Pommier and Spring Grove Farms. Worker accommodation moved to Summer Court in 2005. The van der Merwe’s revamped these to include 6 Luxury Suites and a Spa. The Spa “drie deur huis” was eventually converted into the Family Self Catering Suite, with a separate, private pool and braai area overlooking the dam, vineyards and mountains.

Le Pommier remained in the family when Mac van der Merwe’s eldest daughter, and son-in-law obtained the farm at the end of 2014. Since then they have continued to build on the successes and good reputation earned by previous owners.

The team at Le Pommier is well-known for their hospitality and friendly service, some of them have been there for almost 30 years. Plans for the next few years include more accommodation, an intimate country spa, picnic area overlooking the Simonsberg as well as an extra picturesque venue for weddings and functions. 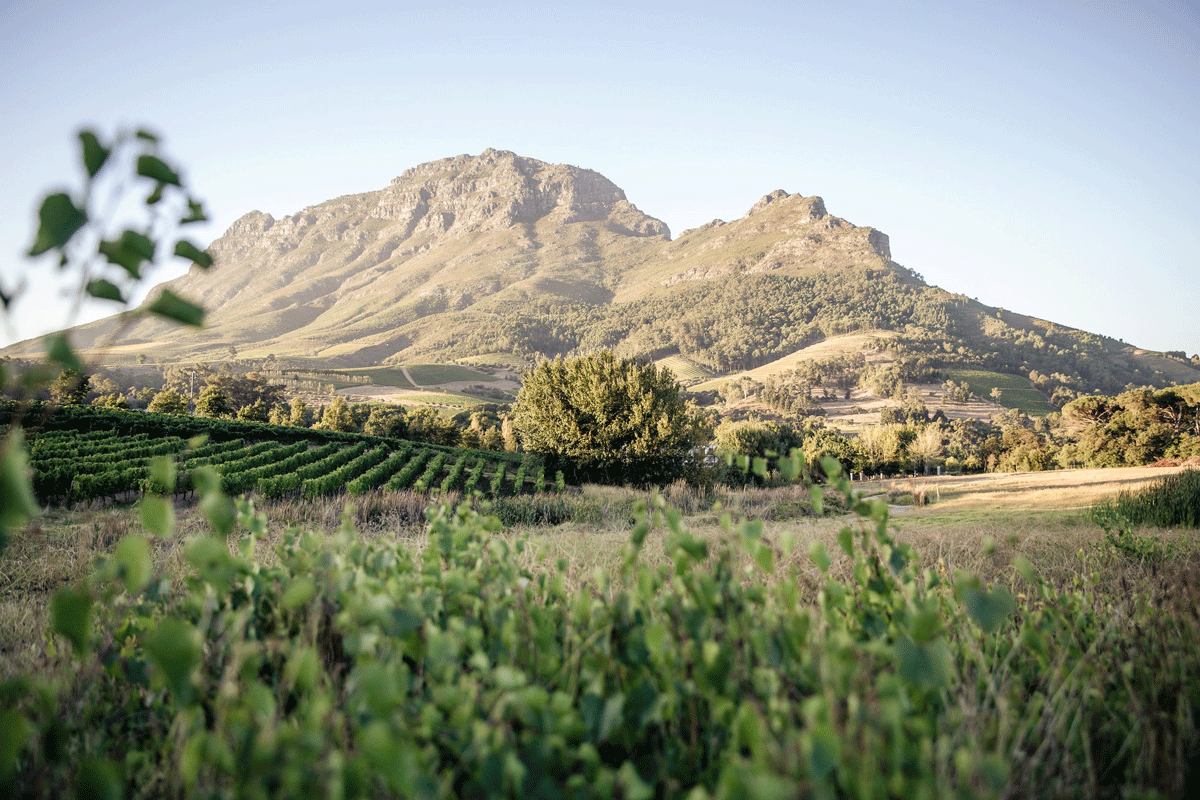 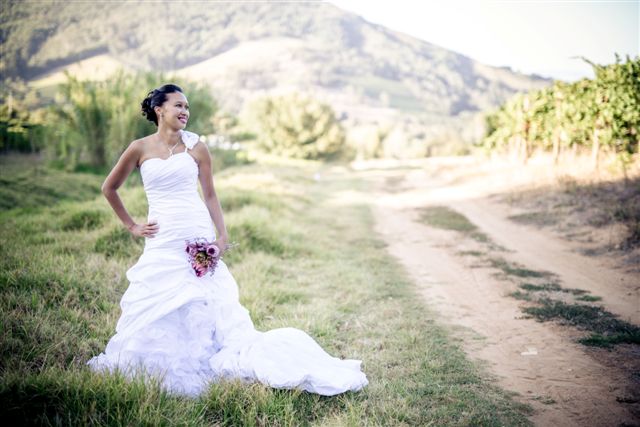 Vine cuttings were sent in 1654 to the first commander of the Cape, Jan van Riebeeck, from Germany’s Rhineland but they arrived rotten then in the following year another batch of vines was sent and was the root foundation of the wine industry. The first wine was produced on February 2, 1659, and Van Riebeeck wrote in his diary: ‘Today, praise be the Lord, wine was made for the first time from Cape grapes.’

Le Pommier’s first vineyards were planted in 1997. Le Pommier’s wine range was re-launched in 2015. The farm’s Sauvignon Blanc, Rosé and Red Blend wines are all well-loved, easy drinking wines, to be enjoyed with good company, family and friends with or without food.

The dedicated, professional Le Pommier team’s endeavours have resulted in the wines been listed in various restaurants in the Western Cape and Gauteng.

Jonathan’s Malbec named after a very mischievous Bull with an attitude, was acccording to local legend inherited by Le Pommier from one of the family members of the founders of the popular Platter wine guide. 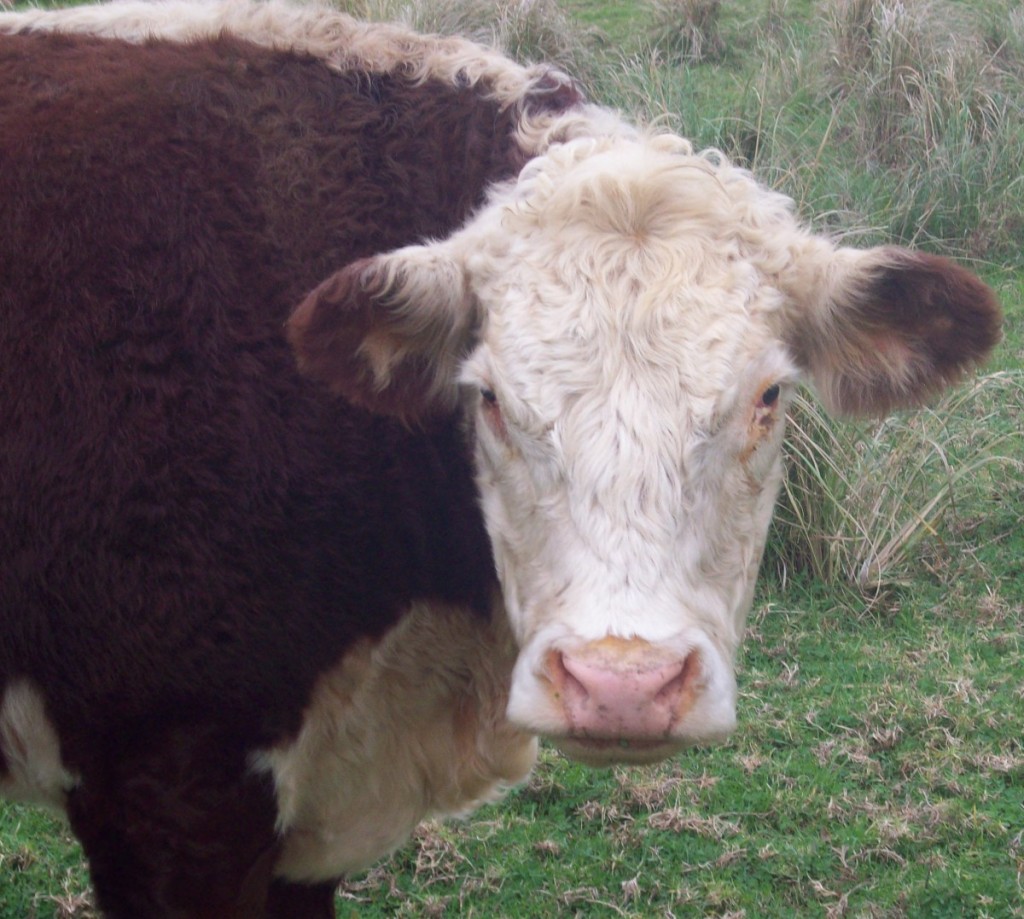 Jonathan broke into the vineyards in 2012 and consumed most of the harvest illustrating his good taste. An addition to our collection included Olivia, a Semillon Sauvignon Blanc blend named after Mac van der Merwe’s mother.

In 2016 where we celebrated 100 years of existence of the restaurant building even though the farm dates back from 1600.  The farm, with a history filled with years of fruit farming and building relationships, now has different cultures walking in and out of our doors every day. Once an abundant apple orchard now turned wine estate, so much has changed in 100 years, but still, we savour our history.

For our birthday we treated all our loyal customers and customers-to-be with a weekend filled with fun activities, mouth-watering food, and our famous Le Pommier Wines. 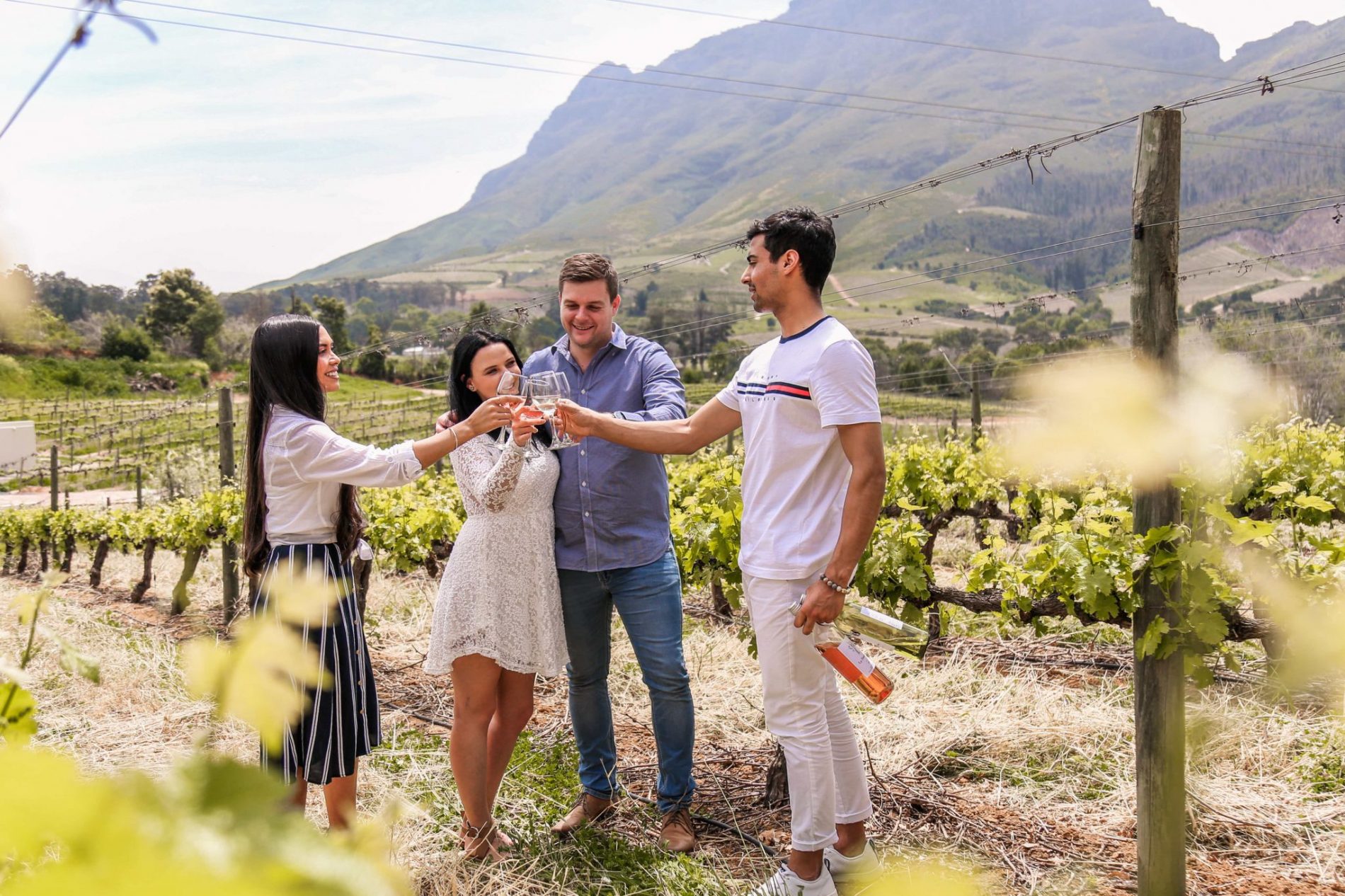